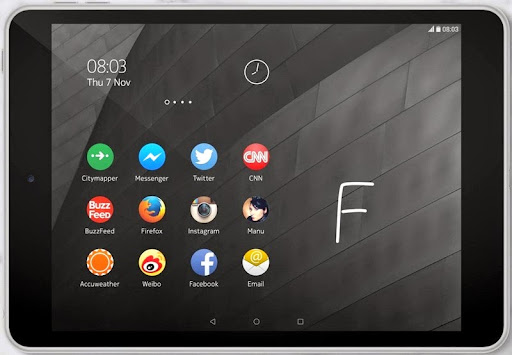 Nokia is trying to relive its glory days after selling their Devices and Services business to Microsoft. The company is technically not allowed to make smart devices until 2016, as per their agreement with Microsoft, but this Finland-based company found a way around it. Nokia hired Foxconn to make devices for them, and has released their Android-powered N1 tablet last November, and the tablet launched in China on January 7. The company has sold 20,000 of this tablet in just 4 minutes in China, which is great for Nokia, of course.

The second batch of N1 units went on sale today, and surprise, surprise, it's gone already. The report doesn't say how long did it take for Nokia to sell out everything they got this time around, but it took longer than last time, that much we know. The third batch of N1 devices will be available on January 22nd, and those interested can register for the tablet starting tomorrow. China is a huge market, and some people are not that surprised with these results, but keep in mind that Nokia is not a Chinese brand and their reputation suffered a great deal in the past couple of years. These are great devices for this Finnish company, no matter which way you spin things.

The N1 will arrive in Europe in February, and I bet many of you are crossing their fingers in hope the pricing will stay the same or at least similar to the one in China. This tablet costs 1,599 Yuan in China, which is approximately $259, if the price stays the same, or at least similar, I might be tempted to purchase one myself. What do you think, will Nokia be able to offer this thing at such a low price in Europe as well, or will the price go all they way up? Let us know what you think via social networks, also let us know if you're interested in purchasing this device or not, and why is that. I'm very interested to hear what you guys think because I really do believe this is a great choice at its current price, you get a well-built and well-specced tablet for less than $300.